Our very own @BelleBurr takes a look back at Scream!

Wes Craven and Kevin Williamson’s homage to Psycho and Craven’s own movies, Scream is the self-referential horror movie that started a franchise.

Everything seemingly begins with Drew Barrymore’s adorable Casey getting the world’s worst prank call. Before too long Casey and her boyfriend, Steve, end up dead as hell and we’re off to the races.

This opening scene of the movie sets the tone for the rest of the film: cheerful with colors that are almost candy bright, but increasingly dark as the smoke from Casey’s forgotten popcorn fills the house, obscuring everything and making it impossible for her to see where the danger is coming from. As Casey’s terrorized by Ghostface her night in becomes not just her nightmare but the worst case scenario for anyone who’s ever been home alone.

One of the most quotable movies ever, Williamson’s script is snappy, hilarious and terrifying all at once. Aided by… 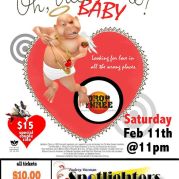 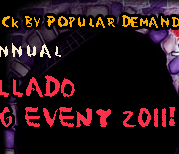