Drop Three Improv and Sketch Comedy is home to an amazing cast of varying backgrounds, ages and experience. What do we have in common? Our love of comedy, our fearlessness and our overall badassery.

A Father To His Troupe 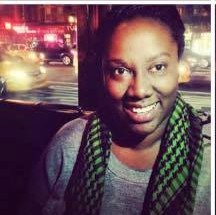 The Lady Of War

An alumni of the American Academy of Dramatic Arts, Belle has studied Shakespeare, Commedia Dell’arte, Ballroom and Folk Dance and Film. Belle has sought to bring her joy of theater and byronic heroes to children of all backgrounds, educations and abilities, endeavoring to combine theater with history to not only grow her students talents as performers but their knowledge of the world around them.

As an actor she has performed all over the country in various styles of dramatic and comedic theater: improv, classical, naturalism, guerilla and many others and continues to search out new and different projects that will allow her to grow as an actor and teacher

She once wrestled a H.Y.D.R.A. agent for reasons, if she told you more she’d have to send Barnes after you and you don’t want that.

You can follow her adventures via @BelleBurr on Twitter, check out her reviews and podcasts of all things pop culture on Pop Culture Uncovered and read her recaps of her favorite shows plus find out what it’s like to remodel a home via repurposing and recycling at Fort Gaskin-Burr.

Give me your Money and I will give you ticket. I excel in slapping butts!

There are many great stories in the world, this is not one of them.  Mike was born and raised in New Jersey until 2011 when his job relocated to the Baltimore area.  Sensing an opportunity for career advancement, Mike moved all his Kangol hats and jorts down to Baltimore.  New to the area, he decided to wander around the inner city until he found a home; this home would be Drop Three.  They took Mike in, fed him, clothed him and helped him become an improviser.  Now Mike is a stand-up member of the group and, I dare say, semi-good looking.  Be sure not to stare too long at his nose for it has been known to give people gas and mild nausea.  He hopes to grow into it one day.

Carlos del Valle (TM) is half Puerto Rican, half Spanish, half Manimal, and enjoys when Alley Shelley slaps butts and sells tickets. 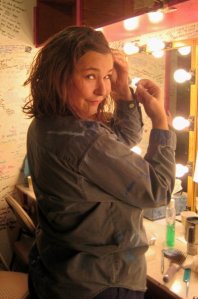 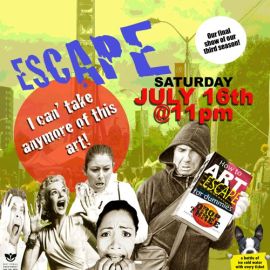 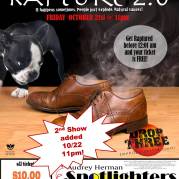 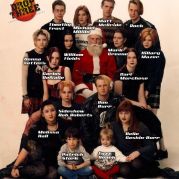 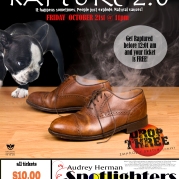 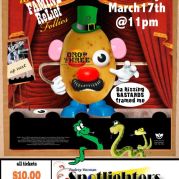